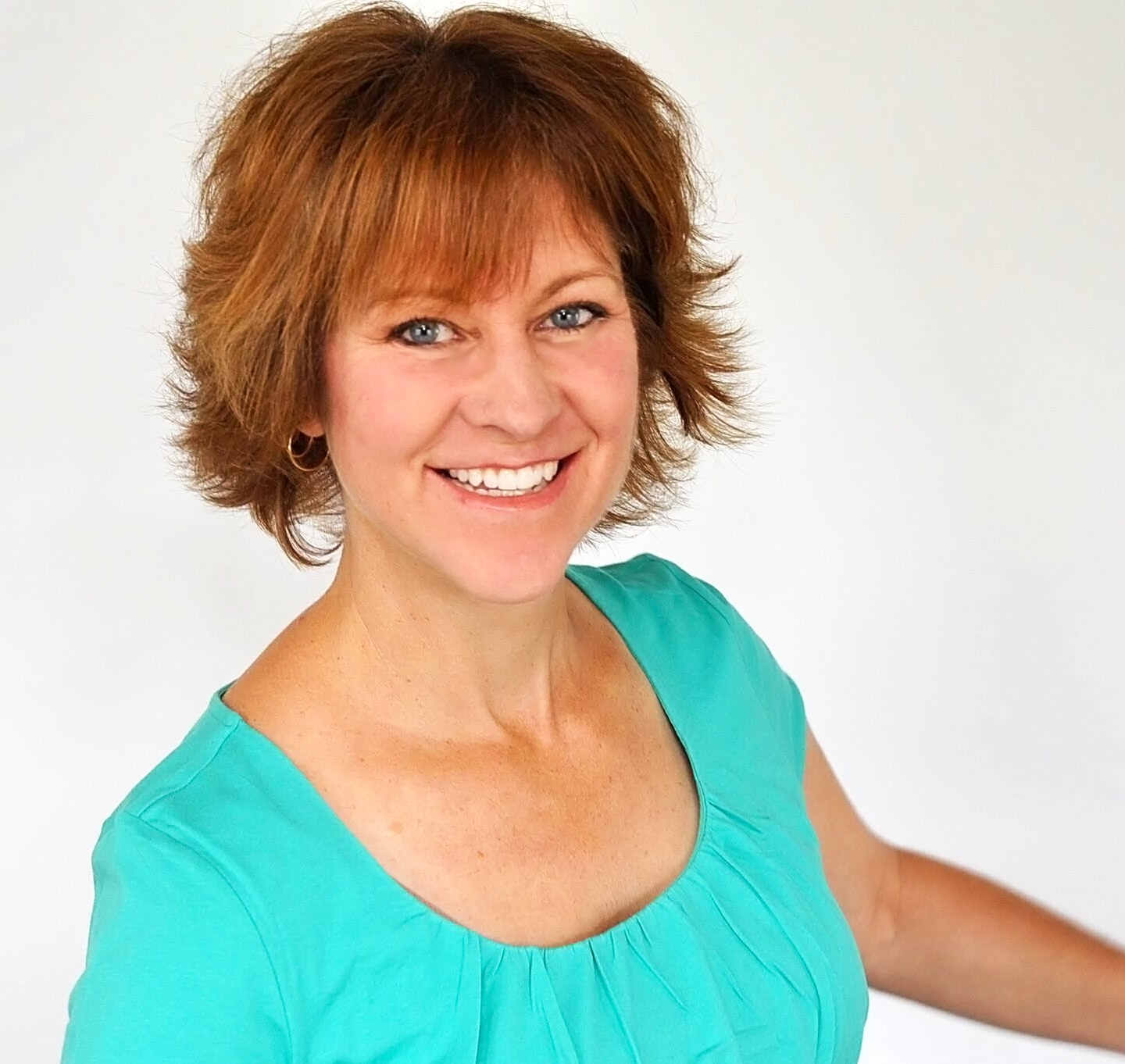 Karen Rontowski headlines the April monthly Freakin’ Funny Females Comedy Show at the Comedy Palace. I’m booking every Thursday at the Palace, and every FIRST THURSDAY it’s just the Ladies. Karen has been on Letterman a bunch of times, plus Comedy Central and all of the major late night networks and comedy channels – she’s a STAR! And then I also booked the hilarious Kat Radley and Kazumi Kusano … together an amazing show just on it’s own .. but we also have San Diego local favorites Jennifer Congernaum and Jennifer Purdie and I’m hosting. So basically it’s one funny chick after another. You really can’t go wrong. Add in the fact that an RSVP to the Facebook event, or direct to the Comedy Palace with the code ‘funny’ means you get in NO COVER and that’s just plain ‘too easy’. There’s a 2 item minimum, but chances are you were going to buy a drink and something to nosh anyhow .. so then it’s just finding a parking spot and there’s a ton right next to the venue. See you April 2nd! Woot! Thursdays at the Palace ROCK! 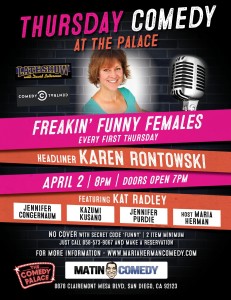